HomeSpainBarcelonaHow to get around Barcelona

How to get around Barcelona

32 million tourists visited the city in 2016. So many people should be transported, so there are almost all means of public transport in Barcelona.

The Barcelona Metro is maintained by two companies: TMB and FCG. That’s why a metro entrance may have two different signs or one combines sign.

There are 11 lines, each line has its own color.

Lines 6–8 belong to FGC. To change from FGC to TMB, you’ll have to pay again.

Most of the stations have both escalators and elevators.

Stations are not announced. But every train is equipped with information boards.

Stations passed are highlighted in red.

!Doors of trains don’t open automatically. So follow the instruction: 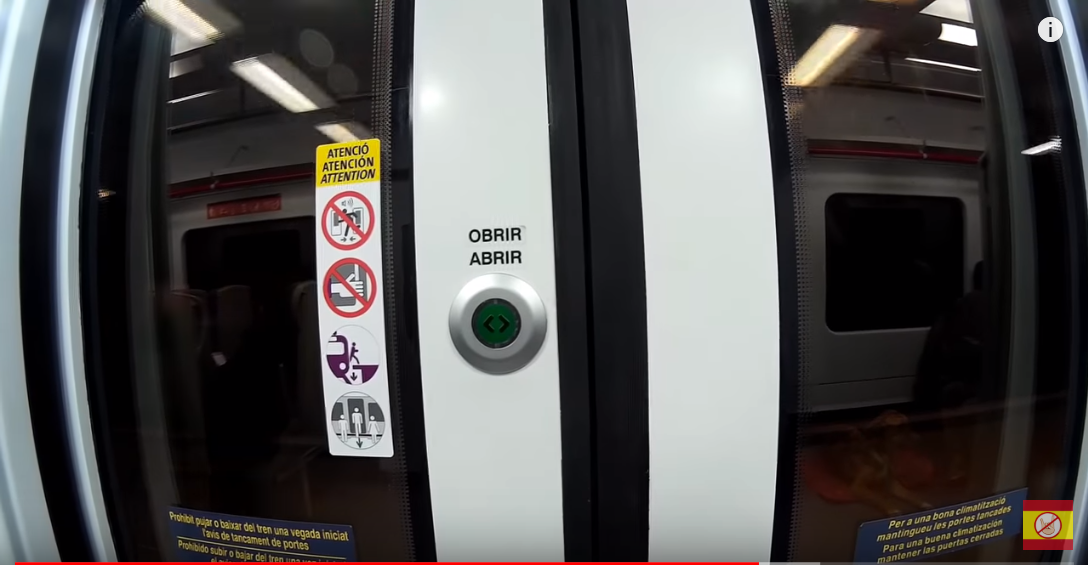 Press the button or pull the handle. And the doors will open!

EnricM explains why it is designed this way:

The reason for this is that our underground is A/Cd and on hot summer days that’d be a total waste of energy.

All stations are air-conditioned. The Barcelona metro is also disability-friendly. 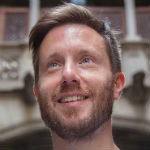 gives the readers useful tips on how to use the Barcelona Metro:

The Barcelona metro is quite safe, and the only problem is pickpockets.

Kash, the author of the budgettraveller website, explains how not to lose your money and documents:

Use a map not to get lost in the Barcelona Metro:

You can get to all the important Barcelona sights by metro:

They are also maintained by two companies: FGC and Renfe. Trains are named with S or R letters.

Trains run underground in parallel with metro lines. Some metro and train stations are connected to each other by enclosed bridges.

You can find timetable and tickets prices of Renfe trains here and of FGC trains here.

Barcelona tram has 6 lines. They are called T1, T2, T3, T4, T5, and T6. Trams connect the city center with remote areas and are useless for tourists.

However, you can get to FC “Barcelona” home stadium Camp Nou by tram and enjoy views of non-touristy Barcelona. Take T1, T2 or T3 tram and get off at Maria Cristina or Palau Reial stop.

The blue retro tram that transported people to mount Tibidabo doesn’t run now. It’s going to be modernized and returned to the route.

There are 109 bus routes in Barcelona. Each bus stop is equipped with a map. Electronic boards show a timetable.

You can study a map in advance but it’s enormous.

Buses stop only at request so wave to a driver. If you want to get off the bus, press a button on a handrail.

NitBuses run at night. You can see their routes and timetable here.

These are Comtal shuttles:

From my experience I could say that there is a bus available every 30 minutes.

Two companies offer this service: Barcelona City Tour (private) and Bus Turistic (state). They have the same routes and prices. So choose any company you want.

Buses work on a hop-on-hop-off basis. You buy a ticket for the whole day or even two days. And you can get off at any stop and then take a bus again.

Buses run every day except for Christmas and New Year.

The tourist bus has three routes:

Pass system in Barcelona is difficult to comprehend. We will tell only about useful options for tourists:

All tickets should be validated before a trip.

If you are going to stay in Barcelona for more than a week, it’s better to buy the Barcelona Card. You can buy it at the airport and tourist information points. The card costs from 46 to 61 EUR. With this card, you can use public transport for free, buy tickets to museums with discounts, and many other things. More details — on the official website.

The only big online app that works in Barcelona is MyTaxi. Uber and Cabify are banned.

Ash, the author of barcelonahacks website, tells about taxi fares in details:

Tariff T4. This is the flat rate of €39.00 between the cruise port and the airport.

It’s better to take a taxi in parking lots than calling it via phone because in the latter case, you’ll have to pay for the distance that a driver covers to pick you up .

A car is free if a green light on the car roof is on.

Car rental is not cheap in Barcelona. You’ll pay about 200–500 EUR for two weeks of using a car.

Naomi, the author of the probearoundtheglobe website, tells how to save money on rental:

Less is more. The smaller the car the better. Looks don’t matter when you’re on a budget and want to rent a car in Spain. That small dinky toy of a car is cheaper and easier to operate than that big boat of a car that looks swanky.

I rented several different types of cars in Spain. From Opel Corsa to Renault Captur, but I was the happiest in my tiny Fiat 500.

The parking system is confusing in Barcelona. You will pay from 100 EUR for parking violation.

You can find such signs:

You can avoid looking for a parking lot if you book:

There are lots of funiculars and cable cars in Barcelona and it’s difficult to understand the system.

Two cable cars and one funicular can get you to Montjuic.

The funicular is included in the public transport system of TMB company so you can use any transport card to pay for it. The lowest funicular station, Paral-lel, is connected with the same name metro station by the passage. The highest station is Montjuic.

Marta Laurent warns that you won’t see Barcelona views from the funicular:

It has most of its line inside a tunnel, connecting the Barcelona Metro with the Montjuïc hill.

Two funiculars will get you to Tibidabo.

Funicular de Vallvidrera is also included in the public transport system of FGC company. The funicular runs until late at night. Here you can find the timetable.

You can change to the funicular the Peu del Funicular metro station. When you get to the station, remember the advice from Joan G, a tripadvisor user:

The bus 111 will get you from the highest funicular station to the Tibidabo amusement park and the Sacred Heart Church. 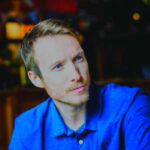 recommends taking a bicycle in Barcelona:

With its thriving bike culture and almost 300 kilometres of dedicated bike lanes, Barcelona is a cyclist’s dream city.

1. Stay in the bike lanes – Remember that you shouldn’t be riding on the pavement/sidewalk – police will shout at you if you do and can fine you.
2. Ride on the right – Many of the roads in Barcelona are one way, which means the bike lanes are too.
3. Stay focussed and think like a local
4. Helmets are not necessary – but if you’re an inexperienced rider or riding with kids then it’s definitely worth wearing one.
5. Lock, lock and triple lock your bike
6. Avoid putting your bike on the metro.

This is the most popular means of transport among locals. That’s understandable: it’s easier to find a parking lot.

Choose public transport when you’re in Barcelona. The metro and funiculars will get you to almost all the important sights of the city. We don’t recommend renting a car — it’s difficult to find a parking lot in the city.

What else to see? 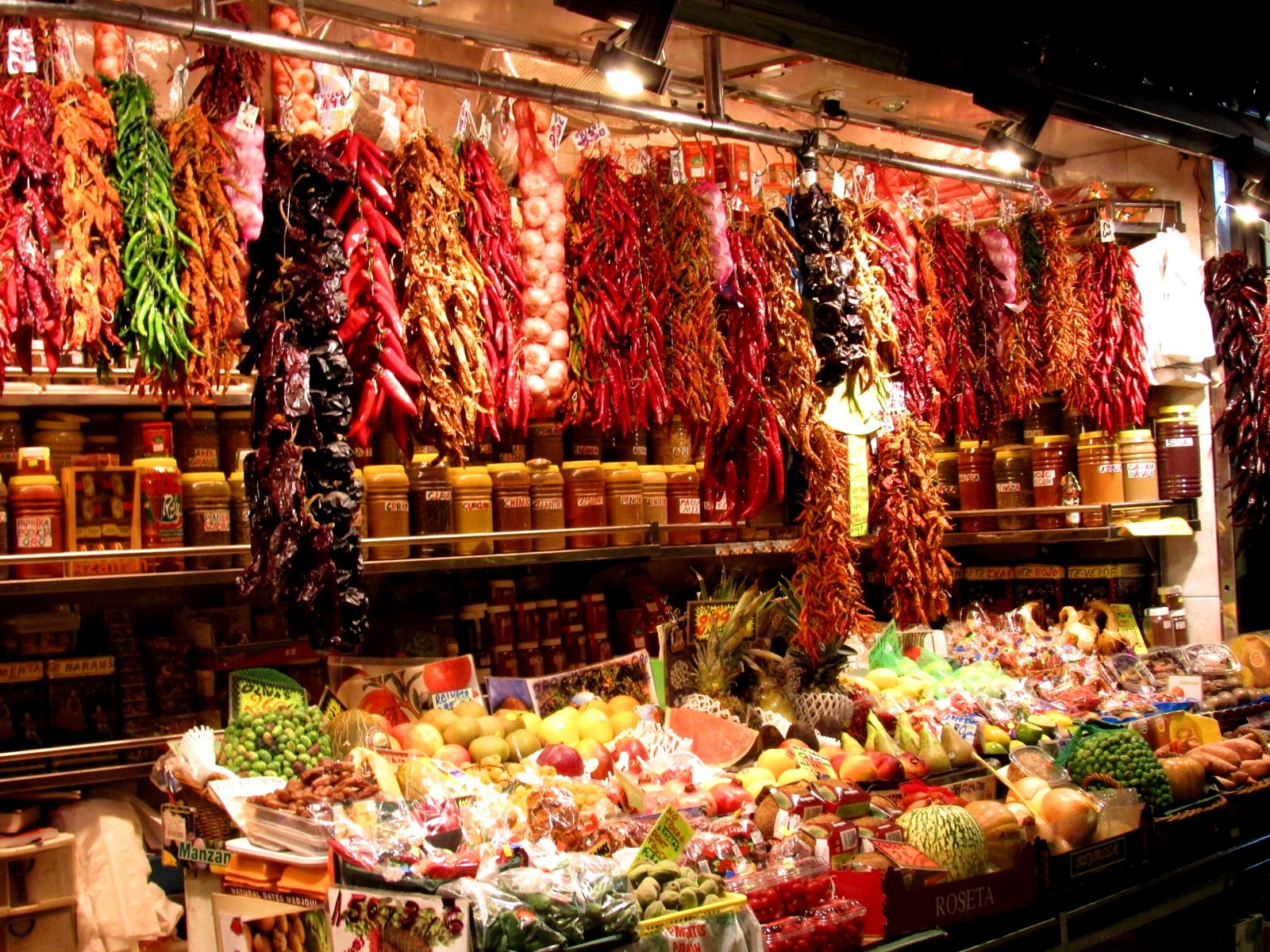 Where to eat in Barcelona